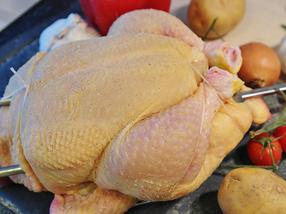 Salmonella, genetically modified foods and microplastics in food head the awareness scale of health and consumer topics in Germany. Despite this, more than three quarters of Germans regard food as safe. This is the result of the latest Consumer Monitor - a representative population survey carried out by the German Federal Institute for Risk Assessment (BfR). Most people are concerned about antimicrobial resistance, microplastics and residues of plant protection products in food. Overall though, people are not as concerned as they were in the last survey in summer 2018. "Interest in consumer health topics is increasing steadily," says BfR President Professor Dr. Dr. Andreas Hensel. "Despite all this, people underestimate the risk posed by pathogens in the kitchen." Although Campylobacter, the most common bacterial pathogen of diarrhoea diseases, is better known than it was last year, fewer than a third of respondents have heard of it, as opposed to the 96 percent who have heard of salmonella.

Whether antibiotic resistance, microplastics or salmonella - which health risks are known to the population and what worries them? As a representative survey, the BfR Consumer Monitor gives an insight every six months into the question of how Germans perceive health risks. To do so, roughly 1,000 persons living in private households who are at least 14 years old are interviewed per telephone on behalf of the BfR.

Respondents still perceive smoking, climate and environmental pollution and an unhealthy or wrong diet as the biggest health risks. For the first time, respondents also spontaneously mentioned pollution through diesel exhaust and particulate matter as a risk. When asked about selected topics, salmonella, genetically modified foods and - for the first time in 3rd place - microplastics in food, head the awareness scale. These are followed by antimicrobial resistance, residues of plant protection products in food, and aluminium in food packaging materials and containers.

As in the previous year, antimicrobial resistance and microplastics are still the topics most respondents are worried about. Compared to the last survey, however, the population is much less concerned about antimicrobial resistance, with those worried dropping by 11 percentage points to 57 percent. Fewer people than last year are concerned about salmonella and carbon monoxide too.

Cosmetics and textiles are estimated to be similarly safe compared to the last survey. The feeling of safety has dropped slightly with toys. Fewer people than in 2018 trust the state bodies in Germany to protect health, but more than half of the respondents continue to place their trust in the state.

The BfR Consumer Monitor is dedicated on the one hand to topics which receive a lot of public attention. On the other hand though, it analyses issues which have hardly been the focus of public attention up to now but which are nevertheless relevant, such as food hygiene at home, mould fungus in food or the new method of genome editing for the targeted modification of genetic material. As in 2018, these topics are barely visible in public perception and are not regarded as being of particular concern either.