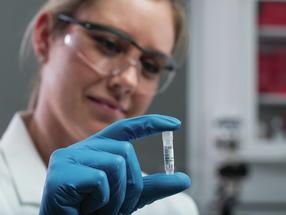 Merck announced that the Canadian Patent Office has allowed Merck’s patent application directed to the use of paired CRISPR nickases in eukaryotic cells. The patent provides an important and more specific solution for scientists who need accurate methods when developing treatments for difficult-to-treat diseases that ultimately reach the patient.

“This patent allowance marks another advancement in safety for CRISPR-enabled therapeutics, as it covers technology that improves CRISPR’s ability to fix diseased genes while not affecting healthy ones,” said Udit Batra, member of the Merck Executive Board and CEO, Life Science. “Merck has been at the forefront of genome-editing innovation for 15 years and this allowance further expands our foundational CRISPR cutting and integration intellectual property to help scientists advance gene therapy research.”

This Canadian patent marks Merck’s second in Canada and the 13th worldwide. Similar patents were granted in Australia and Europe in late 2018.  This latest patent covers paired nickases, which drive specificity through a highly flexible and efficient approach to reduce off-target effects.

Paired nickases are two CRISPR nickases targeted to a common gene target that work together by nicking or cleaving opposite strands of a chromosomal sequence to create a double-stranded break. This process can include an exogenous or donor sequence for insertion in the same manner as Merck’s CRISPR integration technology. The requirement of two CRISPR binding events greatly reduces the chances of off-target cutting at other locations in the genome.

Merck’s CRISPR integration patent portfolio includes granted patents in Australia, Canada, China, Europe, Israel, Singapore and South Korea. These CRISPR patents are for chromosomal integration or cutting of the sequence of eukaryotic cells and insertion of a DNA sequence, to make a desired genomic change.

Merck is licensing its entire patent portfolio for all fields of use.