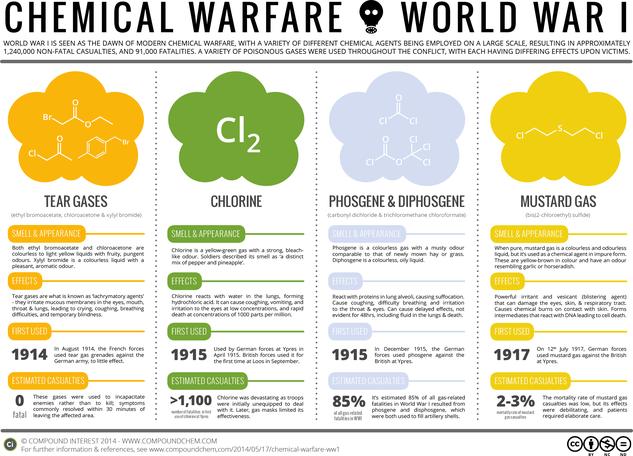 A range of different chemicals were used as weapons throughout WWI. The French were actually the first to utilise them in conflict, when they attempted to use tear gas against the German army in August 1914. The precise agent used seems to be uncertain, with both xylyl bromide and ethyl bromoacetate being mentioned; both are colourless liquids, with the former having an odour described as ‘pleasant and aromatic’, and the latter being described as ‘fruity and pungent’.

In practice, the use of tear gas on the battlefield wasn’t extraordinarily effective. However, it opened the door to the use of more harmful gases.