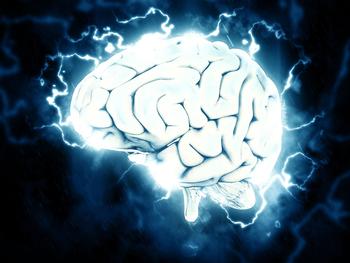 In women after menopause, the extent of certain brain lesions is larger than in men of the same age. DZNE researchers come to this conclusion based on the assessment of more than 3,400 adults as part of the Bonn Rhineland Study. A team led by neuroscientist Monique Breteler reports on the findings in Neurology, the medical journal of the American Academy of Neurology. The assessed tissue damages are considered potential risk factors for dementia and stroke. The current findings underline the significance of sex-specific medicine.

Especially in older adults, bright spots can be observed on brain images obtained by magnetic resonance imaging (MRI). These spots reflect abnormalities in the so-called white matter, an area of the brain that is composed of nerve fibers and lies below the cerebral cortex in the brain’s interior. In technical jargon, these findings are called “white matter hyperintensities”. “These are signs of tissue damage that have been associated with impaired blood flow, hypertension, stroke and cognitive impairment,” explains neuroscientist Valerie Lohner, first author of the current scientific publication. “These abnormalities in brain tissue are known to become more prevalent with age. Our research now shows differences between men and women. This has been discussed for some time, but the data were inconclusive. We therefore assessed a larger group of people and a wider age range than in previous studies. We found no significant differences between women before menopause and men of the same age. However, this situation changes after menopause. So this refers to those women who have already had their last menstruation. In these, lesions to the brain’s white matter were more extensive than in men of the same age.”

Data from the Rhineland Study

These findings are based on research from the so-called Rhineland Study, a large-scale population survey conducted by DZNE in the Bonn area. Together with colleagues from DZNE, Valerie Lohner evaluated the data of almost 2,000 women and more than 1,400 men. Their ages ranged from 30 to 95 years, and the mean age was about 54 years. In addition to differences between the sexes, the researchers generally registered a greater extent of abnormalities in the brain’s white matter in subjects with hypertension. This is in line with previous studies.

“Our study results show that women in whom menopause has already begun are more susceptible to changes in the cerebral vessels and thus to brain diseases than women before menopause, even those of similar age. Damage to the brain’s white matter does not necessarily lead to dementia or stroke, but it increases the risk of them,” says Prof. Dr. Dr. Monique M. B. Breteler, head of the Rhineland Study and director of Population Health Sciences at DZNE. “Our findings also indicate that specific differences between men and women should be considered when assessing these brain lesions. This underscores the relevance of sex-specific research and therapy.”

The causes of these differences between the sexes are unclear. It has long been speculated that the hormone oestrogen may have a protective effect that is lost in old age because the female organism gradually stops producing it with climacteric. However, in their data, the researchers of the Rhineland Study did not find any influence of therapy that compensates for hormone deficiency: post-menopausal women who regularly took hormone supplements were, on average, affected by white matter abnormalities to a similar extent as post-menopausal women who did not take hormones. “It is unclear whether hormonal changes during menopause are a determining factor or whether factors related to the onset of menopause play a role. We will further investigate this topic in the Rhineland Study,” Breteler says.