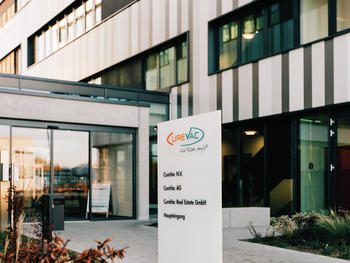 CureVac N.V. announced that the company’s Chief Technology Officer, Dr. Mariola Fotin-Mleczek, will resign from CureVac effective January 31, 2022. Mariola exits her role at CureVac after nearly 16 years of scientific leadership at the company, and 33 years in Germany, with plans to pursue a family business outside the biotech industry in her home country of Poland. Further development of CureVac’s unique mRNA technology platform will be led by Dr. Igor Splawski, Chief Scientific Officer of CureVac, and spearheaded by Dr. Patrick Baumhof, Senior Vice President Technology, who has a 15-year scientific tenure with the company. The consolidated scientific frontend will seamlessly integrate with the subsequent clinical development of new mRNA-based vaccines and therapeutics.

“On behalf of the supervisory board, I would like to wholeheartedly thank Mariola for her longstanding and exceptional commitment to CureVac and wish her all the best in the next chapter,” said Jean Stéphenne, Chairman of the Supervisory Board of CureVac. “Mariola’s dedication and expertise helped to build CureVac and fundamentally contributed to the advancement of mRNA technology as a whole.”

“Mariola’s groundbreaking work and innovations in mRNA technology have strongly contributed to CureVac becoming the world’s pioneering company to harness mRNA for medical purposes,” added Dr. Franz-Werner Haas, Chief Executive Officer of CureVac. “Her leadership and outstanding scientific expertise have been invaluable over the last 16 years. It is as a dear colleague and with her personality that she has impacted CureVac’s innovation culture most.”

“It has been a great privilege to be part of the CureVac story and to work alongside such innovative teams for such a long time,” said Dr. Mariola Fotin-Mleczek. “mRNA has emerged as a key technology to address some of today’s most pressing healthcare needs, and to have been part of the journey makes me very proud. I would like to thank all of my CureVac colleagues and the supervisory board for their support and loyalty.”

Mariola Fotin-Mleczek joined CureVac in May 2006 and became a member of the management board in 2013, first as Chief Scientific Officer and as Chief Technology Officer in 2018. As a scientist trained in immunology and cell biology, Mariola was responsible for the development and preclinical testing of CureVac’s mRNA technology platform across the therapeutic areas of prophylactic vaccines, oncology and molecular therapy. She is co-inventor of multiple key mRNA technology-related patents and has authored more than 30 scientific publications with a focus on mRNA technology.