The Paul Ehrlich and Ludwig Darmstaedter Prize 2022 will be awarded to Katalin Karikó, Özlem Türeci and Uğur Şahin 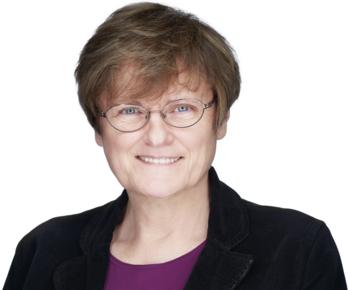 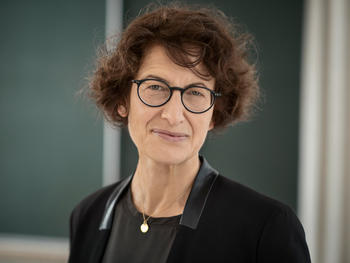 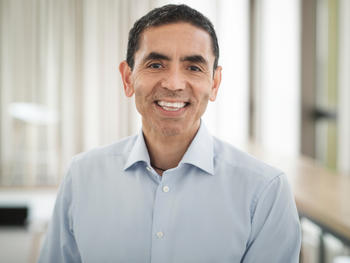 Katalin Karikó, Özlem Türeci, and Uğur Şahin have established a technology platform that is likely to initiate a paradigm shift in some areas of medicine - away from the external application of immunising antigens or therapeutically effective proteins to their internal production within the cells of patients. The spectacularly rapid development of a highly effective vaccine against the coronavirus disease COVID-19, which has proven to play a decisive role in the worldwide containment of the SARS-CoV2 pandemic, has been an outstanding success.

mRNAs are messenger molecules that carry genetic information from the DNA in the cell nucleus to the ribosomes in the cytoplasm, where they instruct protein synthesis. In this way, genetic information is translated into biological function. In contrast to DNA, mRNAs are very unstable molecules and insufficient protein production has been considered their main weakness. In addition, our immune system normally regards externally applied mRNA as an unwanted intruder and in response releases inflammatory signal molecules. This signal cascade serves to eventually inhibit the translation of the externally derived mRNA. While great (and to date largely unfulfilled) hopes were placed in gene therapies with DNA, mRNA seemed to have little to offer for medical purposes.

Undeterred by the dominance of DNA research in the 1990s, however, Katalin Karikó remained true to her goal of stimulating the production of proteins by introducing mRNA into living cells, in order to provide missing or replace faulty proteins in patients suffering from hereditary disorders, such as cystic fibrosis. She was convinced of the potential of such protein replacement therapies. Unlike DNA therapeutics, mRNA does not have to enter the cell´s nucleus to exert its effect. Unlike DNA therapeutics, which carry a risk of mutagenicity, RNA does not integrate into the genome of its target cell; moreover, because it is rapidly degraded, its temporal effects can be well controlled. Despite many obstacles, Karikó, who conducts research at the University of Pennsylvania, finally achieved a decisive breakthrough: she discovered how to blunt the body's own defence response against synthetic mRNA, and consequently, how to significantly increase intracellular protein production.

Uğur Şahin and Özlem Türeci have a background in cancer research. Working at the medical schools of Homburg/Saar and Mainz since the mid-1990s, they have focused on developing cancer vaccines, including truly individualized ones, to present a patient's immune system with the antigens of his or her own tumour to stimulate target-specific destruction. In the late 1990s, they began a systematic discovery process to solve the basic mRNA-associated problem of short-lived protein production. They developed a series of optimized designs for various structural components of mRNA, thereby significantly increasing both its intracellular stability and its translational efficiency. In 2006, the results of this work won them the first Go.Bio award of the Federal Ministry of Education and Research, which motivated them to found BioNTech in 2008.

In the years to follow, they further improved vaccine efficacy by strategies to deliver RNA into dendritic cells (DCs) located in lymphoid tissues. This particular DC species are the "high-performance trainers" of the immune system. With a lipid nanoparticle formulation, the two doctors and their team achieved body-wide targetting of mRNA into DCs, thereby generating a large number of immune cells that precisely recognized only the cancer cells. These breakthrough improvements formed the basis for the successful use of mRNA for various human applications. To successfully realize their original vision of an individualized vaccine technology, Uğur Şahin and Özlem Türeci developed a breakthrough approach in which each mRNA vaccine is tailored according to the genetic profile of the patient´s tumor that can be universally applied to different types of cancer.

During the last years, BioNTech has made significant progress in the clinical application of cancer vaccines. Several of the company’s cancer vaccines have successfully passed the first phase of clinical trials. The principle of targeting DCs in lymphoid tissues and the knowledge and knowhow gained in the development of cancer vaccines later decisively contributed to the rapid availability of the COVID19 mRNA vaccine. Moreover, BioNTech's COVID19 vaccine greatly benefited from the incorporation of the optimized designs for various structural components of mRNAs originally developed by Uğur Şahin and Özlem Türeci for their cancer vaccines.

Katalin Karikó joined BioNTech in 2013. The non-immunogenic mRNA modifications she discovered are essential for the development of protein replacement therapies. They are not essential for the development of cancer vaccines, where cellular immunity is most important. After all, a certain immune stimulation (an adjuvant effect) is mandatory for every successful vaccination. Non-immunogenic mRNA, however, offers substantial advantages in case of infectious disease vaccines, where humoral immunity is the main goal. With immunogenic mRNA it would have been much more difficult to develop a highly effective COVID-19 vaccine in a comparably short time. Thus, both mRNA vaccines that have been successful in the fight against the Corona pandemic to date incorporate Katalin Karikó's discovery of non-immunogenic mRNA alongside other optimized mRNA components. Their adjuvant effect is ensured by their lipid formulations.

The prizes will be awarded - together with the prizes of the year 2021 - on 14 March 2022 by the Chairman of the Scientific Council of the Paul Ehrlich Foundation in the Paulskirche in Frankfurt.