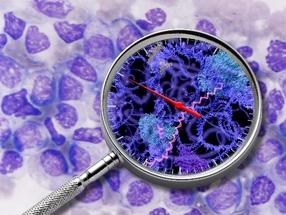 In a paper in the journal “Science”, researchers from the Vienna BioCenter combine cutting-edge technologies to decipher regulatory functions of important cancer genes.

Key to this success is an innovative method called “SLAMseq”, which allows the direct detection of sudden changes in gene expression and thereby revolutionizes the way scientists can investigate effects of genes and drugs.

All cells in our body carry the dictionary of genetic information, the human genome. However, their shape and function are determined by which genes are read from this dictionary and translated into proteins, the building blocks of a cell. The “reading” of active genes starts with their transcription into so-called messenger RNAs (mRNAs), a process that is controlled through a complex network of transcriptional regulators. Mutations in these regulators can alter the function and identity of cells and thereby lead to cancer and other human diseases. At the same time, blocking abnormal transcription can kill cancer cells, which makes some transcriptional regulators attractive targets for drug development.

To understand the function of transcriptional regulators, it is critical to know which genes they directly control. However, defining these genes has remained difficult, because commonly used methods such as mRNA sequencing cannot distinguish direct targets of a regulator from indirect effects. Instead of just measuring all mRNAs in a cell, a new profiling method called “SLAMseq” enables researchers to detect mRNAs that are newly made during a defined period of time.

As now reported in the journal “Science”, the team used this approach to illuminate the function of two important transcriptional regulators, BRD4 and MYC, which are pursued as possible drug targets in cancer. To decipher their direct transcriptional targets, the scientists combined SLAMseq with new tools for targeted protein degradation, which allowed them to eliminate BRD4 and MYC within 30 minutes and measure resulting changes in mRNA production over the next hour. These experiments could clarify the primary functions of BRD4 and MYC in transcription, which had been subject to a long and controversial debate in the scientific community.

The simplicity of SLAMseq also enabled the team to investigate direct effects of cancer therapeutics at an unprecedented level of depth. Inhibitors of BRD4, which are currently tested in several clinical trials, turned out to trigger either highly specific or wide-spread transcriptional effects, depending on the dose at which they are applied. Together with collaborators at the pharmaceutical company Boehringer Ingelheim, the scientists have also started to use SLAMseq for exploring combination therapies, which is one of many future applications of the method.

“We are very excited about the opportunities our method opens for the future of cancer research”, says Matthias Muhar, a PhD student in the Zuber lab who spearheaded the study. “SLAMseq equips any biological and clinical research lab with a very simple tool to identify direct transcriptional targets of any gene, pathway or drug.”. He thinks that cancer researchers world-wide will adopt the method quickly for the development and testing of new cancer therapies.

Moreover, the success of this study testifies to the scientific excellence and collaborative spirit thriving at the Vienna BioCenter. The study built on a collaboration between research groups at the three research institutes IMP, IMBA and MFPL; a partnership with Lexogen, a biotech company at the Vienna BioCenter, has already led to the development of a SLAMseq kit to distribute the method to the scientific community.