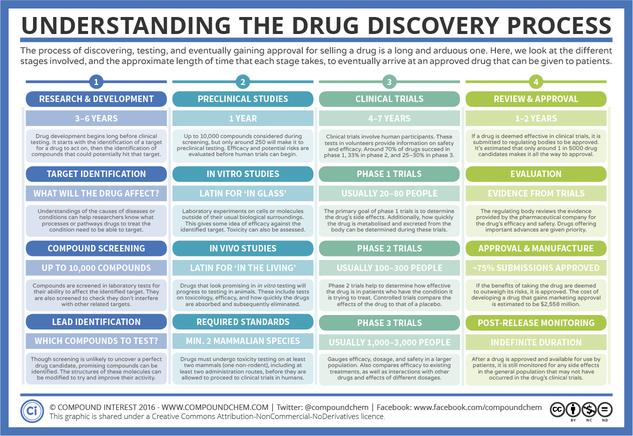 As a consumer, it’s easy to be oblivious to the amount of time, work, and money that goes into the development of a drug. The cost of developing a drug that goes on to gain marketing approval was estimated to be $2,558 million in 2014, and the process can commonly last longer than a decade. Additionally, the chances of success are low; it’s estimated that only around 1 in 5,000 identified drug candidates eventually reaches approval and widespread use.

This goes some way towards explaining the large numbers of stories in the media which tout the discovery of drugs that can treat particular diseases or conditions. Often these are reporting on drugs which are still at some point in the development process, and this process is full of pitfalls which can spell the end for drugs that may have initially seemed full of promise. So what are the steps involved in this process?