How vitamin B12 affects Alzheimer's disease 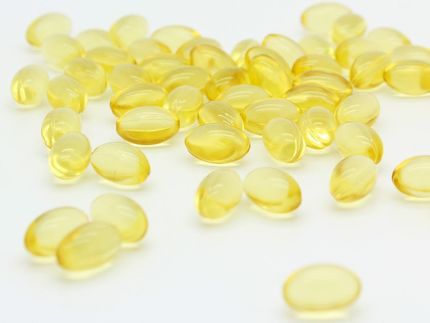 "Vitamin B12 is involved in a variety of important metabolic processes that contribute to blood formation, cell division and nerve function, among other things. Vitamin B12 deficiency also occurs in the Western population, and the risk here increases with age, with one in five people over the age of 60 estimated to have vitamin B12 hypovitaminosis. Also Veganer and in smaller measure Vegetarier have an increased risk at a Vitamin B12 lack to suffer, since for humans usable Vitamin B12 occurs mainly in animal food , explains Professor Dr. habil. Marcus Grimm, head of the bachelor's program in nutrition therapy and counseling at the Rhineland Campus in Leverkusen.

Studies suggest a link between a vitamin B12 deficiency and the onset of Alzheimer's disease. One of the characteristic features of the disease is the accumulation of a special protein called amyloid-β (Aβ). This is formed from birth even in healthy people who are not affected by Alzheimer's disease. Here, however, the build-up and breakdown of this protein balance each other out. If there is an increased build-up or a reduced breakdown of Aβ, more and more Aβ protein molecules accumulate in the brain, first smaller aggregates, later larger aggregations, so-called plaques, form.

The metabolic pathways that lead to the buildup or breakdown of Aβ occur at or in the cell membrane, an envelope composed largely of lipids. Previous studies, including those by Prof. Dr. habil. Marcus Grimm and colleagues, showed that by influencing the fats, Alzheimer's disease can be causally influenced positively but also negatively. In particular, plasmalogens play a protective role in the disease, reducing the formation of Aβ. At the same time, plasma genes are significantly reduced in Alzheimer's patients. Due to their chemical structure, plasmalogens are particularly sensitive to free radicals and oxidative stress, which is greatly increased in Alzheimer's disease due to the increased occurrence of Aβ, among other things. This results in a vicious cycle. Reduced plasmalogen levels lead to increased production of Aβ protein molecules, which in turn destroy plasmalogens through oxidative stress, again leading to increased Aβ production.

In the new study by Prof. Dr. habil. Marcus Grimm and colleagues from Saarland University and the SRH University of Health, it was shown that a reduced intake of vitamin B12 leads to a reduced level of plasmalogens in the cell membrane. At the same time, cell culture experiments showed that the resulting altered lipid composition of the membrane directly promotes the formation of harmful Aβ.

In addition to the positive effect on the lipid composition of the membrane, vitamin B12 has a positive effect on the detoxification of the cell from free radicals and oxidative stress. These multiple effects of vitamin B12 on mechanisms central to Alzheimer's disease make the vitamin an interesting target that could play an important role in the prevention and treatment of Alzheimer's disease. Even though clinical studies must first confirm the results found in neuronal cells, Prof. Dr. habil. Marcus Grimm advises people who are more likely to have a vitamin B12 deficiency to control it and to eat a diet rich in vitamin B12, if necessary with the help of dietary supplements.