DNA guardians out of control 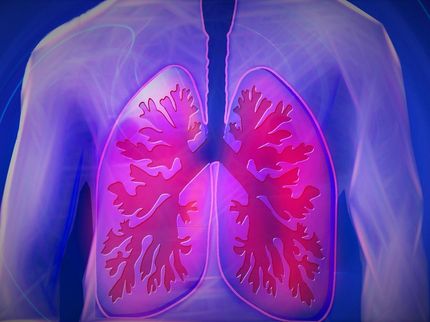 In ANCA-associated vasculitis, excessive inflammatory reactions lead to pulmonary hemorrhages that can be fatal if left untreated. Researchers at the University of Bonn, together with colleagues from Germany, the Netherlands, Switzerland and England, have deciphered a mechanism in mice and patients that leads to the severe disease. The results are now published in the Journal of Experimental Medicine.

In ANCA-associated vasculitis, there is severe inflammation of the smaller and medium-sized blood vessels in the lungs. In addition, the skin and kidneys may also be affected. ANCA stands for "anti-neutrophil cytoplasmic antibodies," which are antibodies produced by the body that target its own white blood cells. It is a rare, severe autoimmune disease that is often fatal if left untreated due to pulmonary hemorrhage.

Therapy involves the administration of drugs that suppress the immune system. Recently, attempts have also been made to block the inflammatory cascade with inhibitors. "The challenge in finding new therapies is that very little is known about the mechanisms that trigger the disease," says Prof. Natalio Garbi of the Institute of Molecular Medicine and Experimental Immunology (IMMEI) at Bonn University Hospital.

Together with colleagues from Germany, the Netherlands, Switzerland and the United Kingdom, the scientists have now discovered a mechanism responsible for the development of the disease in the form of the cGAS/STING/IFN-I signaling pathway. "We were able to show in experiments with mice that the symptoms of this autoimmune disease - such as pulmonary hemorrhage - improve when this signaling pathway is blocked with drugs," says first author and doctoral student Nina Kessler from Natalio Garbi's team. The study involved 31 patients with ANCA vasculitis and, as controls, 57 healthy individuals as well as a novel mouse model.

Normally, the genetic material DNA is located in the nucleus or mitochondria of cells. But if pathogens such as bacteria or viruses have taken up residence in the cell, they may leave behind a DNA trail in the cytosol that is detected by a special sensor called cGAS. This sentinel produces a molecule called cGAMP, which in turn activates the STING molecule. As a result, type 1 interferon (IFN-I) production occurs, leading to strong inflammation. This should prevent the pathogens from multiplying and even drive heavily infected cells into cellular suicide.

"It becomes problematic when these mechanisms are not triggered by pathogens but by our own cellular DNA," Garbi explains. Then the cGAS/STING/IFN-I signaling pathway leads to cell death. "In our study, we show that for reasons still unknown, DNA is released from the cell nucleus and activates the signaling pathway. This leads to blood vessel destruction and frank hemorrhage," says Garbi, a member of the ImmunoSensation2 cluster of excellence at the University of Bonn.

The researchers recreated the most important steps of disease development in mice. To do this, they administered pathogenic autoantibodies to the animals and introduced bacterial products into their lungs to mimic an infection such as occurs during an ANCA vasculitis flare. The mice then developed lung disease and hemorrhage. At various points, the researchers interrupted the cGAS/STING/IFN-I signaling chain by "silencing" certain genes - for example, for IFN-I or for certain macrophages of the immune system.

From the results in the mice, the researchers conclude that it is indeed an overactivation of cGAS/STING by DNA misplaced in the cell that leads to the severe disease. Elevated blood levels of IFN-I and cGAMP in the patients studied suggest that the out-of-control DNA guardian in the cells is responsible for disease progression. "Immune cells are both friends and foes of the disease," says Susanne Viehmann, PhD from the IMMEI lab of Prof. Christian Kurts. Macrophages originated from the blood produce the inflammatory molecule IFN-I, which drives the disease. At the same time, a different type of macrophages in the alveoli eat up red blood cells that leak out of the vessels, thereby reducing pro-inflammatory factors.

"By better understanding the molecular processes of severe ANCA vasculitis, we have been able to identify potential drug targets in the preclinical model that are already approved for other diseases," Garbi says. However, more intensive research is still needed, he adds.