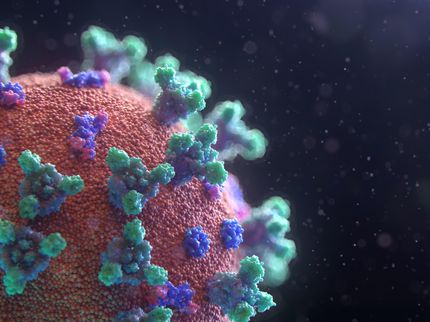 The omicron variants BA.1 and BA.2 of the SARS-CoV-2 virus, which are dominant from about December to April, can undermine the protection against infection offered by vaccinations or survived infections after only three months. This is shown by a study from Frankfurt under the leadership of the University Hospital Frankfurt and the Goethe University. In addition, according to the study, different pharmaceutical antibody preparations (monoclonal antibodies) have very different effects on the two virus variants. The study authors therefore emphasize the importance of matching protective measures to the genetic changes of the virus.

The omicron variant of the SARS-CoV-2 virus was first described in South Africa in November 2021. The high infectivity of the virus and its ability to rapidly give rise to further variants also became apparent in Germany: since January 2022, the omicron variant BA.1 initially prevailed in this country, to which variant BA.2 was added in the following months. In the meantime, the virus has mutated further, and since June, variants BA.4 and BA.5 have replaced their predecessors.

This poses major challenges to the human body's defense system: In the case of a SARS-CoV-2 infection, antibodies are formed that bind to surface structures of the virus and in this way prevent it from penetrating human cells. The viral spike protein is central to this process. In the Omikron variants, this spike protein is altered at more than 50 sites compared with the first SARS-CoV-2 virus identified in Wuhan. As a result, the antibodies formed after infection or vaccination recognize the variants more poorly. Therefore, people can become re-infected with a new SARS-CoV-2 variant despite having survived infection, or vaccine breakthroughs occur. How good the immune response to an infection is, however, depends not only on the antibodies.

Frankfurt researchers led by Dr. Marek Widera and Prof. Sandra Ciesek from the Institute of Medical Virology at Frankfurt University Hospital and Goethe University have now investigated how long the antibodies in the blood were still able to neutralize the Omikron BA.1 and BA.2 virus variants after vaccination or after surviving an illness. To do this, they collected blood samples from doubly and triply vaccinated (boostered) people, added the liquid blood component (blood serum) containing antibodies together with SARS-CoV-2 viruses to cultured cells, and observed how many of the cells were infected. They also determined the amount of antibody in each of the samples that recognized the spike protein.

The result: six months after the second vaccination, the tested sera had virtually no neutralizing effect on the omicron variants BA.1 and BA.2. The effect of the booster vaccination also quickly wore off: Although the sera were still able to protect very well shortly after booster vaccination, three months later the protective effect was only very weak, so that the majority of the sera tested were no longer able to neutralize the two virus variants. "This is because the antibody titer in the serum - the amount of antibodies, so to speak - decreases over time after vaccination or infection," Widera explains. "Because the antibodies recognize newer viral variants much more poorly, a lower antibody level is then no longer sufficient to neutralize the viral variants and prevent infection of the cells in cell culture. However, the data from this study only allow conclusions to be drawn about the risk of infection and not about protection against a severe course of the disease." This is because the decisive factor for immune defense is not only the antibody titer, but also the cellular immune response, which, however, was not examined in this study.

The results are particularly problematic for the use of monoclonal antibodies, which are administered preventively to patients with weakened immune systems, for example, says Prof. Sandra Ciesek. Ciesek is director of the Institute of Medical Virology at Frankfurt University Hospital and the study's final author. She explains, "We examined three such monoclonal antibodies in the laboratory as examples and saw that their efficacy depends very much on the viral variant. In order for us to be able to protect vulnerable patients with such preparations, it is therefore urgently necessary to also test in patients the extent to which such antibodies can neutralize currently widespread viral variants." In Germany, the virus variants BA.1 and BA.2 investigated in the study are no longer dominantly prevalent, according to the virologist. "However, our study shows that we must not slacken in adapting our protective measures to the genetic changes of the SARS-CoV-2 virus, i.e., currently to the omicron variants BA.4 and BA.5."