How people manipulate their own memories

When people think back on their own wedding, they tend to turn it into something even more beautiful than it really was 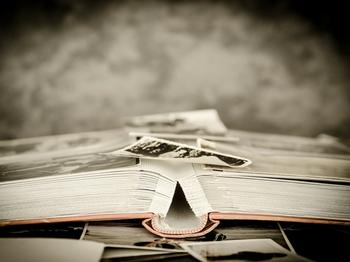 People remember past experiences through the so-called episodic memory system. In the process, they can manipulate their memories on three levels, describe Dr. Roy Dings and Professor Albert Newen from the Institute of Philosophy II at Ruhr-Universität Bochum in a theoretical paper. It has been published online in the journal “Review of Philosophy and Psychology” on 13. August 2021. The researchers explain how people recall past experiences and modify them in the process. “We often construct memories of important events in a way that suits us,” outlines Albert Newen.

Memories are not photographic representations

Adults mainly remember significant experiences that were linked to very positive or very negative feelings, such as a unique experience on holidays, a driving test or a wedding. The memory is not a photographic excerpt of the past, but a construct that is fed by the perception of a past event; however, when the perceived situation is stored and, above all, recalled, a variety of construction processes take place. “To paraphrase Pippi Longstocking, you might say: I make the past world the way I like it,” as Roy Dings illustrates.

The constructive model of memory recall

The authors, as well as all members of the Bochum-based research group “Constructing Scenarios of the Past”, work on the assumption that a memory is formed when a memory trace is activated by a stimulus: the wedding invitation card on the pinboard, for example, activates a memory trace of the wedding table. However, according to the Bochum model of episodic memory, the situation is then augmented by general background knowledge that is available in semantic memory. When the memory trace and background knowledge merge, a vivid memory picture emerges, for example of the bride’s greeting, and, eventually, the person talks about the event the way they experienced it.

The process of scenario construction includes the stimulus that triggers the memory, the actual processing, and the result, i.e. the memory image and the associated description. People can be influenced by all three components. Firstly, they tend to specifically look for the triggering stimulus for positive memories and avoid it for negative memories. For example, they put a wedding photo on the office desk, but avoid encounters with people with whom unpleasant memories are associated.

Secondly, the self-image can also influence what background information is drawn upon to augment the sparse memory trace into a vivid memory; this is what determines the rich memory image in the first place.

Thirdly, the description associated with a memory image can be either very concrete or rather abstract. The memory image can be described in concrete terms either as the beginning of the bride’s address or in more abstract terms as the beginning of the growing together of two families. The more abstract the associated description, the more likely a person is to remember the experience from an observer’s perspective, i.e. as an object in the scene; in this case, the feelings associated with the experience are less intense. The level of description chosen by the self-image influences the memory image and how it is experienced – and in particular, in what form it is then recorded.

“Essentially, this means we shape our memories in such a way that we protect our positive self and tend to mitigate the challenges posed by negative memories that do not fit our self-image,” concludes Albert Newen.