Using molecular biological methods to search for oil and gas 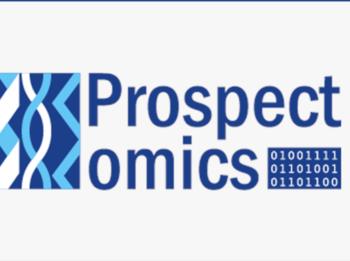 Even in times of energy transition, oil and gas will continue to play an important role in Europe's energy and raw materials supply for at least 30 years. As less and less oil and gas is being sought in Europe, there is an increasing dependence on other countries. One of the main reasons for this decline in exploration is the environmental impact of finding new deposits. To minimize the environmental footprint in the search for domestic deposits, new methods of finding deposits are needed.

A very new and promising approach is based on molecular biological methods. They are designed to detect changes in sediments above reservoirs where microorganisms are naturally exposed to hydrocarbon seepage. In the EU project PROSPECTOMICS, industrially applicable methods are being developed on this basis, funded for 42 months with 3.4 million euros as part of the EU Horizon 2020 programme Future Emerging Technologies (FET). Five scientific groups from Germany, Luxembourg and Austria, as well as a Norwegian exploration company are cooperating under the leadership of the German Research Centre for Geosciences Potsdam (GFZ).

The move away from fossil fuels and the conversion of the economy to regenerative energies are central components of the European Union's strategy. But even under the most optimistic conditions, oil and gas will continue to contribute to the supply of energy and raw materials for several decades to come. Recent years have made it clear that minimizing dependence on non-European partners is of great strategic importance.

Greater exploitation of domestic reserves often fails because of existing environmental regulations or conflicts with other users of the areas. This is because the search for new oil and gas reserves usually relies on techniques such as deep drilling, which have a large environmental footprint. "By using molecular biological methods, deep drilling could be at least partially eliminated. This would greatly reduce the negative effects on the environment," says Jens Kallmeyer, leader of the project and head of the aquatic geochemistry working group at GFZ.

The approach taken in the project is based on the observation that every oil or gas reservoir has minimal leaks to which the microbial communities in the overlying sediment layers react. These responses can be diverse, ranging from a shift in species composition, to the turning on or off of certain genes or the production of specific enzymes to degrade hydrocarbons, to the accumulation of certain metabolites. These changes are often minimal. PROSPECTOMICS will investigate how they can be detected using state-of-the-art molecular biological, so-called omics methods. In PROSPECTOMICS, metagenomics, metatranscriptomics and metaproteomics are used. Each of these methods focuses on a specific group of biomolecules, each of which contains very specific information.

An important prerequisite for this: Routine gene sequencing of environmental samples has seen great advances and a massive drop in price in recent years. Other molecular biology methods have also improved substantially and come into price ranges that make broad-scale molecular biology analysis of many samples feasible.

A major challenge is now the extremely large amounts of data that are generated during such analyses. They are to be searched for characteristic patterns using machine learning and artificial intelligence methods. "Our goal is to develop novel, highly sensitive methods for detecting reservoirs by identifying individual key parameters that are so robust and easy to use that they can be used as a standard technique in oil and gas exploration," says Kallmeyer.