Chemicals in the environment: A focus on mixtures 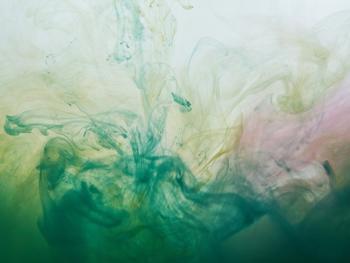 The effect of chemical mixtures on biological systems and the role of individual chemicals and degradation products in the cocktail have been largely unclear until now (symbolic image). 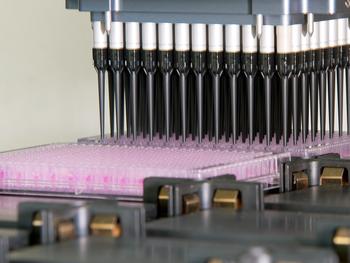 The CITEPro technology platform allows researchers at the UFZ to perform an efficient (bio)analysis and evaluation of environmental chemicals.

In the past, it was sufficient to identify individual chemicals as the cause of detrimental effects on humans and the environment. But in the meantime, it has become apparent that this approach falls short of the mark. This is because the real world is marked by multiple stressors, among them cocktails of chemicals. The review article published in the current issue of Science magazine presents methodological approaches to isolating, characterising and tracking chemicals of concern in complex mixtures. Techniques that combine chemical analysis and bioassays are most suited to this purpose - according to an international team of researchers headed by environmental toxicologist Beate Escher of the Helmholtz Centre for Environmental Research (UFZ).

Chemicals have improved our quality of life. But at the same time, they pose a considerable risk for humans and the environment: pesticides, pharmaceuticals and plasticisers enter the environment and the food chain, causing unwanted effects in addition to the desired ones. Despite the legislation in place, risk assessment and monitoring remain insufficient.

This is due, among other factors, to the current approach to evaluating the potential hazards from chemicals being based on a relatively small number of individual components. Today, there is increased awareness of the fact that humans and the environment are exposed to a cocktail of tens of thousands of chemicals. Only a fraction of these chemicals have been identified to date; the effect on biological systems and the role of individual chemicals and degradation products in the cocktail remain largely unclear. At the same time, the number of new chemicals registered is rapidly rising: from 20 million to 156 million between 2002 and 2019. All this makes it difficult to detect cause-effect relationships and necessitates new theoretical models and methodological approaches.

For this reason, the review by the group of authors led by Prof. Beate Escher of the UFZ provides an overview of the technologies suitable for identifying chemicals in complex mixtures and capturing their effects. They further evaluate their potential and limitations.

The publication clarifies that this is not only a question of analytical methods - the success of analytical procedures is also dependent on "what" samples are taken and "how" they are processed. Using the same approaches for different types of samples - ranging from water and soil to blood or tissue - makes it possible to compare the results later. Wipes or silicone wristbands, among other things, are underscored as being especially innovative in their ability to capture individuals’ personal exposure to pollutants.

The possibilities provided by chemical analysis have seen enormous improvements thanks to the growth, evolution and accessibility of high-resolution mass spectrometry (HR-MS). Often coupled with further technologies, HR-MS can detect tens of thousands of signals in biological and environmental samples. It also forms the basis for "suspect screening" to identify unknown chemicals in complex mixtures. "This enables us, among other things, to detect new problematic pollutants in the environment," says Beate Escher. "But it will never be able to capture every single substance. Even substances present below the instrumental detection limit or below the effect threshold may contribute to risk."

The group of researchers consequently recommends supplementing chemical analysis procedures with bioanalytical tools that are specifically able to capture mixture effects in the evaluation of the toxicity of waste-water effluent and sediments. Traditionally, whole-organism in vivo bioassays were used for this purpose, but such bioassays suffered from limited sample throughput, among other disadvantages. The advancement of in vitro cellular bioassays has now opened up further possibilities that not only reduce the need for animal testing but are also amenable to high-throughput robotics. "The application of high-throughput in vitro assays for environmental risk assessment of mixtures and complex environmental samples is only emerging but has great potential," says Beate Escher with conviction.

Supplementing high-resolution mass spectrometry with bioanalytical tools makes it possible to capture information on the effects of all chemicals in a sample. Prof. Escher is of the opinion that a combination of these two tools has the potential to revolutionise environmental monitoring. This is one of the reasons why the CITEPro technology platform (Chemicals in the Environment Profiler) was established at the UFZ. This platform permits the preparation and testing of samples by means of high-throughput analytical and bioanalytical procedures. But CITEPro is more than mere hardware. It is a concept designed to characterise the exposome - in other words, capture the entirety of all environmental influences to which an individual is exposed over their lifetime. This includes external factors (chemicals in the air, in water or foodstuffs) and internal chemicals produced by an organism in response to various stressors.

The number of chemicals identified in environmental samples using sophisticated instrumental analysis is steadily increasing. Over recent years, better tools have been developed to investigate their combined effects and mechanisms of toxicity. It nevertheless remains difficult to elucidate the drivers of chemical stress in the environment. The links between the environment, wildlife and humans can only be made by applying an integrated approach to monitoring and evaluation.

Tracking chemicals and their transformation products in the environment and in our bodies is an immense (bio)analytical challenge: sampling, extraction, chemical detection and data analysis all need to be fine-tuned to each other to obtain robust information.