The Swiss biopharmaceutical company BioVersys focuses on research and development of small molecules which switch off drug resistance against existing antibiotics. With the company’s award-winning TRIC technology (Transcriptional Regulator Inhibitory Compounds) it will be possible to restore the efficacy of established antibiotics. By this, BioVersys addresses the high medical need for new treatments against life-threatening bacterial infections that emerged in recent years due to the resistance of bacterial strains against existing antibiotics. BioVersys' compounds will be used in combination with existing antibiotics, thereby renewing efficacy as well as intellectual property for the established drug. The current research focus is Nosocomial Infections (hospital infections) and Tuberculosis. In collaboration with GlaxoSmithKline (GSK) and a consortium of the University of Lille, BioVersys is developing a preclinical candidate against tuberculosis. Over the last three decades, the number of newly approved antibiotics has steadily declined. At the same time, resistance against existing drugs has become more and more prevalent. Antibiotic resistance is recognized by the WHO as a major public health concern as exemplified by its recently released global report. BioVersys has a pipeline of promising compounds that address this concern. The company is currently at preclinical stage with proof-of-concept in animals already demonstrated. 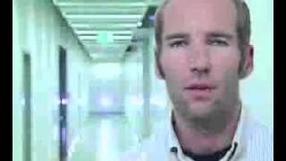 Enamine Ltd. and BioVersys AG announced the extension of their drug discovery collaboration for the 4th consecutive year. Since the start of the collaboration Enamine has provided expertise in screening of compounds and chemistry know-how for hit finding activities and optimization. BioVers ... > more