A Brief Overview of Classes of Antibiotics 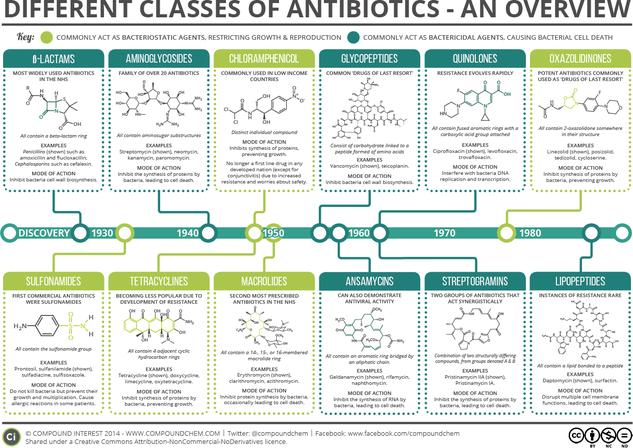 A Brief Overview of Classes of Antibiotics

When we’re suffering from a bacterial infection, a trip to the doctors to be prescribed antibiotics is commonplace. However, there are a wide range of antibiotics available, and they vary both in their usage and their mechanism of action. This graphic summarises the major classes, and also gives a brief insight into the manner in which they combat bacterial infections; we’ll also consider each of the groups in turn, as well as bacterial resistance to each.