The Chemistry of Cannabis & Synthetic Cannabinoids 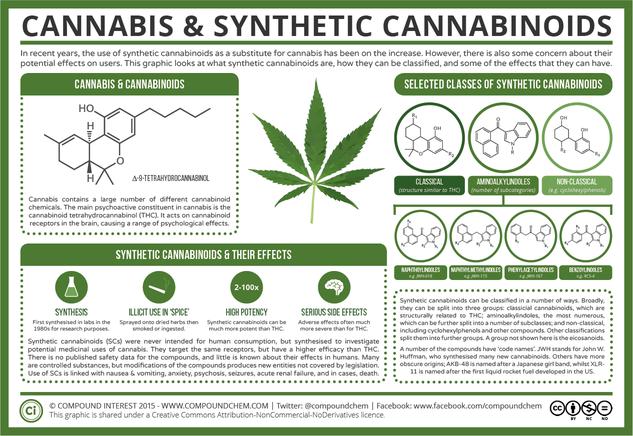 The Chemistry of Cannabis & Synthetic Cannabinoids

In recent years, there’s been an increase in the number of media reports on users of synthetic cannabinoids. Commonly referred to by names such as ‘Spice’ or ‘K2’, the most recent reported case involved five UK students being hospitalised after use. But what are the chemicals present in ‘spice’ and similar drugs, and what are the chemical compounds in cannabis that they aim to mimic? That’s what this graphic and post attempt to answer.